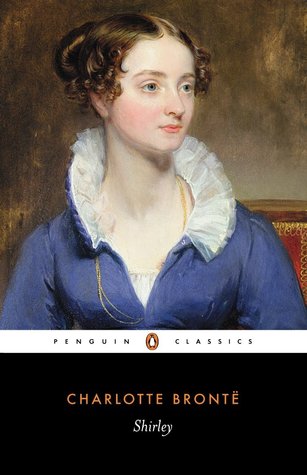 Shirley was an interesting read. From the introduction to this book, you would expect the book to be about nothing — like the Seinfeld of Victorian England literature, but without the comedy. Although, I must admit, there are some moments of humour, when it seems Bronte can’t hold herself back and the narrative is so thick with sarcasm and satire that it’s impossible to ignore.

The introduction to this edition, written by Lucasta Miller, a Bronte scholar, informs the reader (i.e. me) that Bronte took a particularly ‘masculine’ approach to the narrative voice in this text…whatever that means. You see, apparently people had begun to suspect that Currer Bell (Bronte’s pseudonym) was a woman. Suddenly, in light of this new information, Jane Eyre went from being praised as original and intense to being “an affront to femininity,” “morally suspect,” and “politically subversive” (xii). So you know, normal Victorian gender biased bullshit. Of course, I’m not suggesting that Jane Eyre was not all of those things — I haven’t read it (yet), but if it’s anything like Shirley, it probably was guilty on all charges. In Bronte’s defence, the definition of femininity at the time was crap, morals were a bastardisation of Christian values loosely applied to men and used a tool to control women, and politics can always use a little subversion, can they not? So, there’s that.

The first half of this book is kind of boring…but on purpose, so Bronte gets a pass. Apparently she was trying to appear more masculine and throw off the sent of her femininity (good luck, doesn’t she know our smell is so strong it attracts bears?). According to Miller, ‘more masculine’ means writing frivolously about womanly things like feelings and romance. What is funny, though, is that this book does involve a romance. Two key romances, actually…so nice try, Bronte. But, the men are the ones who have all the feelings and need help controlling their emotions, so that’s pretty funny.

Anyways – I’m off to read Bleak House and try to wrap my head around Jameson’s theories on cognitive mapping.