Well it took me over a year to get here, but I finally made it. I finished the Lord of the Rings Trilogy. I actually finished a couple of weeks ago (last week? time is beginning to be less linear and more muddled) thanks to the dramatic increase in driving time resulting from the start of September. And so, this in turn resulted in my eventually turning on my LOTR audio book (yes, I know it’s dangerous due to the lullabies, but sometimes we have to take risks to achieve our goals). This is how I finished Return of the King. I have no regrets.

Return of the King had about 20 endings

The Good Side let Saruman go at least 3 times and then Wormtongue (who reminds me of Wormtail in HP) slits his throat in a totally awesome way. They kept letting him go and I was all “Noooo whyyyyy kill him! Idiots!” and then BOOM – throat slit. Moral of the story: don’t kick your minions in the face.

Tiny people kicking ass and taking names, like we always have. There are a handful of moments throughout LOTR when a passage comes up and Tolkien writes something along of the lines of “…and then Merry/Pippin/Sam had had enough” – that’s how you know you’re about to get to a good part.

Frodo is okay too.

What’s up with that? Coolest retirement village ever? Yes, I want to hang out there and go lawn bowling. 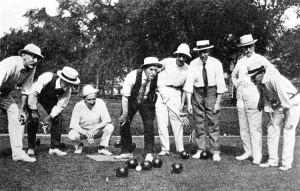 Admission: I’m not crazy about this post, so I reserve the right to review it later and make updates as I see fit. I’m publishing it now because I’m impatient and wanted to get this up immediately upon finishing Return of the King but for various reasons that didn’t happen. I’m posting it now with the intention of revising it (read: fix and make better) later.